Used to rule out certain injuries/conditions as well as make a clinical impression.

Home
LEG LENGTH DISCREPANCY
Structural (True) leg length:
Actual difference in the length of the femur, tibia, or both when compared bilaterally.
Patient is supine on table
Measure length from ASIS to medial malleolus
Compare bilaterally
Discrepancies greater than 10-22mm are significant.

Q-Angle Test
Patient lies supine on table with knees fully extended, ankle in neutral, and toes pointed up
identify and mark the ASIS, midpoint of the patella, and the tibial tuberosity. Place the goniometer so the axis is over the patellar midpoint, the center of the stationary arm is over the line from the ASIS to the patella, and the moving arm is placed over the line from the patella to the tibial tuberosity.
Positive test: Q-Angle greater than 13 degrees for men or 18 degrees for women

PATRICK'S (FABER/Figure 4) TEST
Tests for hip or sacroiliac pathology
Patient is supine on table
Cross foot of the involved side over to the opposite thigh
Examiner places on hand on the medial side of the flexed knee and the other hand on the ASIS of the opposite side and applies pressure
Positive test: Reproduction of symptoms in the SI joint or hip 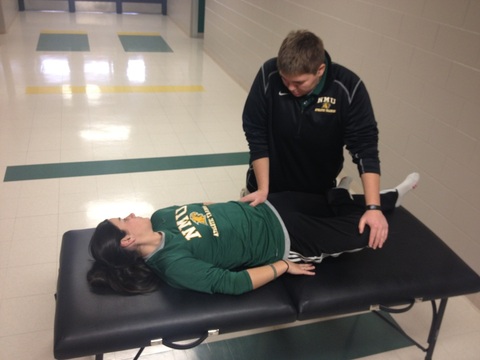 GAENSLEN'S TEST
Tests for SI joint pathology
Patient is supine on the table closer to one side. Holds toknee in flexion and brings toward chest. Has other leg hanging off the side of the table
Examiner applies force to the knee of the leg off the table and stabilizes the opposite hip. Brings hip into extension
Positive test- pain in the SI joint 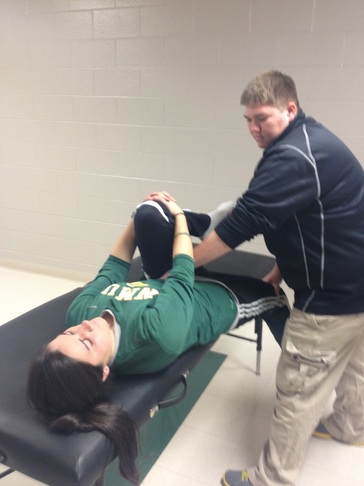 FEMORAL NERVE TRACTION TEST
Tests for femoral nerve (L2, L3, L4) impingement
Patient is prone on the table with a pillow under the abdomen
The evaluator passively flexes the patient’s knee and brings the hip into extension
Positive test: pain in the anterior and lateral thigh
Special considerations:
if the patient cannot lie prone the test can be performed side lying as well.
There are often times false positives for this test because of tight quadriceps. Rule this out first by fully flexes the knee with the hip in a neutral position and the patient prone. 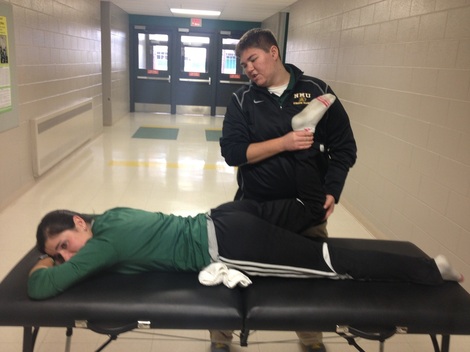 TRENDLENBURG'S TEST
Patient stands on both feet with weight disturbed evenly. Patient lifts leg of the unaffected side.
Examiner stands behind the patient and watches for changes in the pelvis level.
Positive test: pelvis lowers on the non-weight bearing side 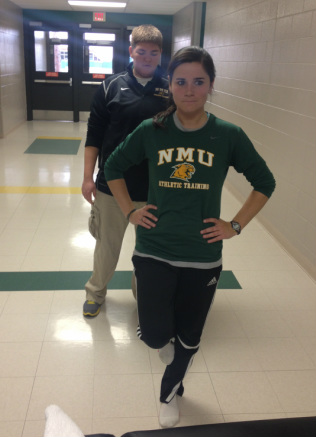 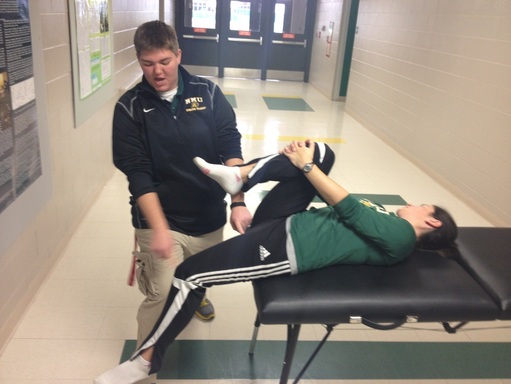 OBER'S TEST
Tests for IT band tightness
Patient is side lying with the affected side on the table
The examiner passive takes the hip into hip abduction to allow the tensor fasciae latae to clear the greater trochanter. The hip is then adducted towards to table. Compare each leg bilaterally.
Positive test is the femur’s inability to adduct past horizontal because of IT band tightness. 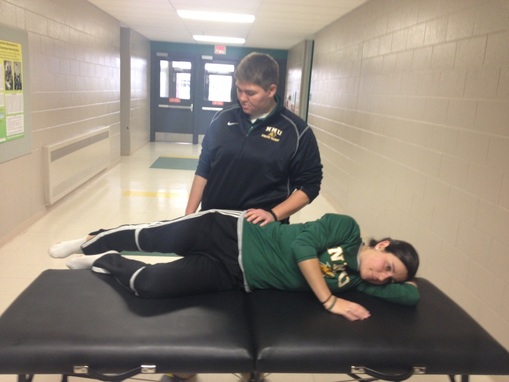 PIRIFORMIS TEST
Tests for tight piriformis muscle
Patient lays prone on the table with knees touching and flexed to 90 degrees.
Examiner stands at the end of the table and instructs the patient to let their legs fall to the side (internally rotating the hips) while keeping the knee at 90 degrees
Compare the legs bilaterally. If one leg is unable to fall towards the ground as much as the other then that is a positive test for piriformis tightness.
Special considerations : 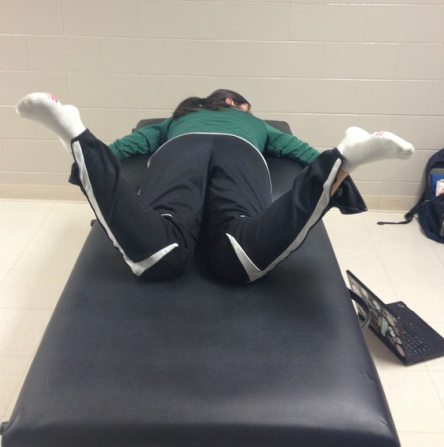 ELY'S TEST
Tests for hip flexor tightness
Patients lying prone on table
Examiner passively flexes the knee and brings in towards to butt.
Positive test would be hip on the side being tested to rise off the table. Implies tightness of the rectus femoris
Special considerations: bringing the patient into full knee flexion could cause pain to someone who has previous/current knee problem. Ask patient before performing the test.

HIP SCOURING TEST
Tests for possible defect to the articular surface or labral tear.
Patient is supine on the table
Examiner is next to the patient and brings the knee and hip into flexion. An axial load is applied to the knee and the hip is brought through different degrees of flexion and also into internal and external rotation.
Positive test is reproduction of pain in the hip joint
(Starkey, 2010)

#7: These three special tests are used to look for tightness when compared bilaterally.
Answer
Powered by